Ready to type?
Writers is a competitive speed typing game, where you have to show your best skills in touch typing. And where writers kick their brains out from pistol shot, hang themselves over the table, pour acid on their faces and so on.

On release day there will be secret modes and easter eggs, like Kafka turning into a bug when writing a certain word, or Hatter and Rabbit sitting at a table, if you choose to play for Carroll. 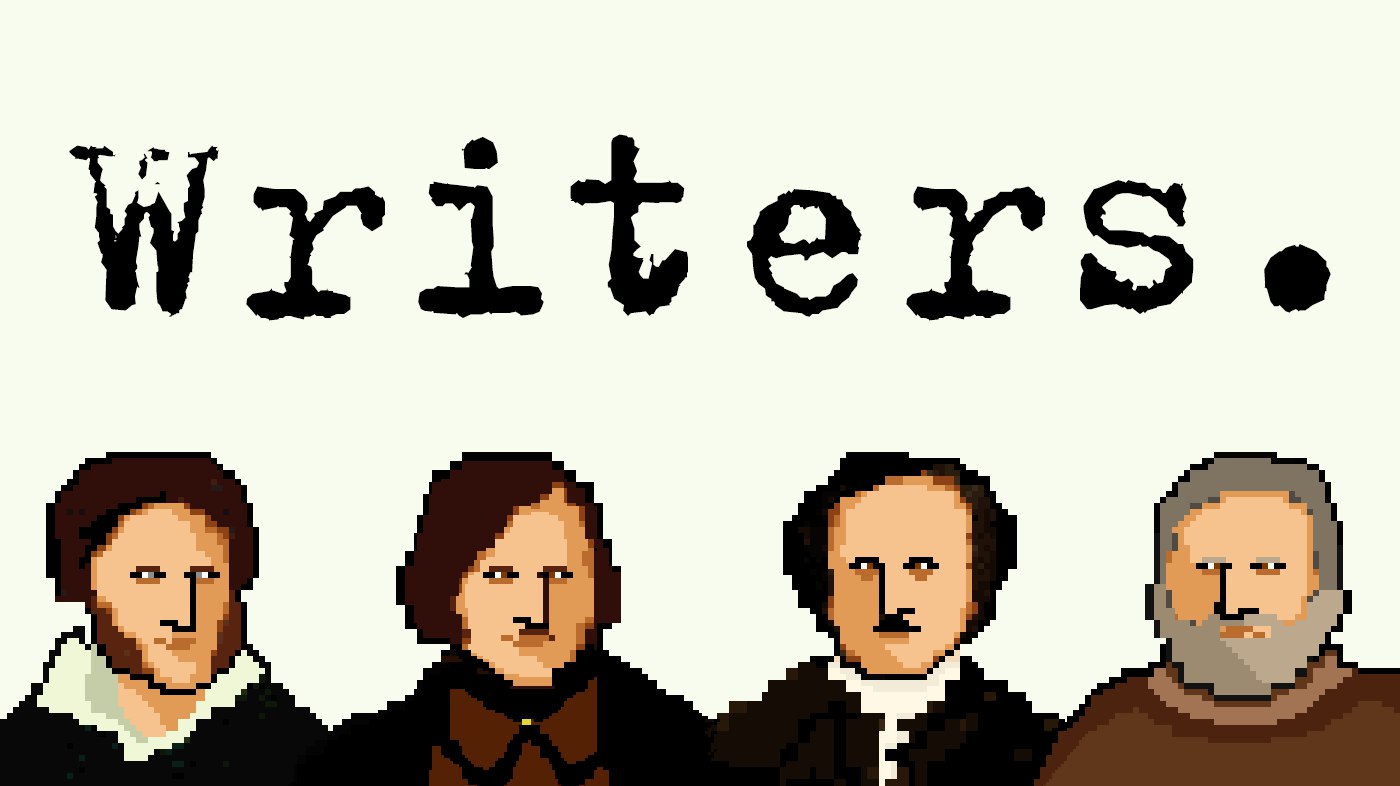