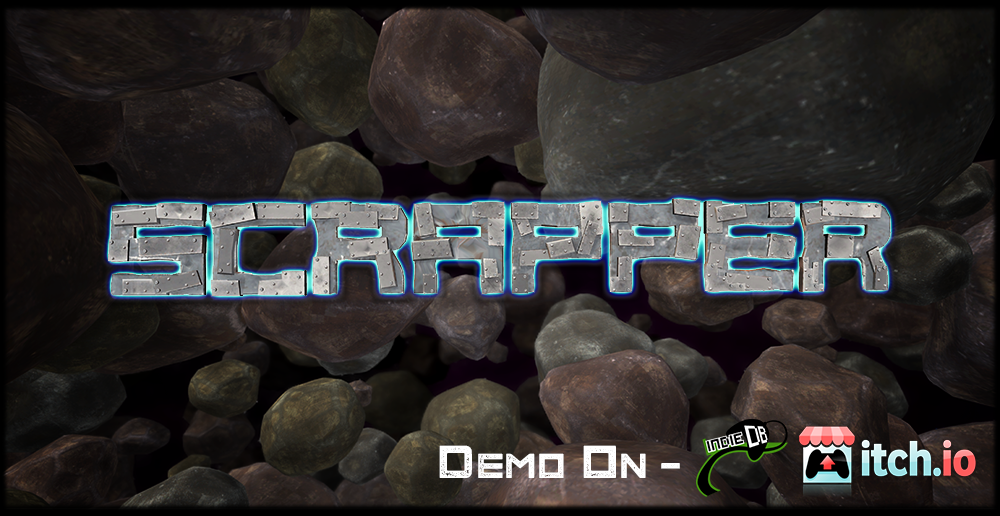 You will play as a Scavenger attempting to survive in the fringes of known space by collecting scrap as well as other valuables needed to get by in this hazadous environment.

You can check out an in-progress demo of the game here[ghostboltgames.itch.io].

As you play Scrapper you will fly through ever-shifting Asteroid Fields, mysterious Crystal Caves and the carcasses of long forgotten ships in the deadly Ship Graveyard. Do all of this while attempting to complete objectives set for you at the start of your life. Each run is unique and gives the player the ability to traverse the terrain in any direction that they wish.

Each of the three biomes have several unique objectives and missions tied to them giving the player a chance to acquire more scrap to better improve their ship. Whether it is mining asteroids for fuel or finding a specific hyperdrive in amongst the debris of a battlefield, the player’s experience will be different every time you play.

Throughout each run you will find chunks of “Scrap” that you can combine and build different ship parts giving the player the chance to customise their ship to suit the mission or their personal tastes. Whether you want to increase your speed during your trips to the Crystal Caves or your maneuverability for the Ship Graveyard, you are able to modify it all yourself to better suit your play style.