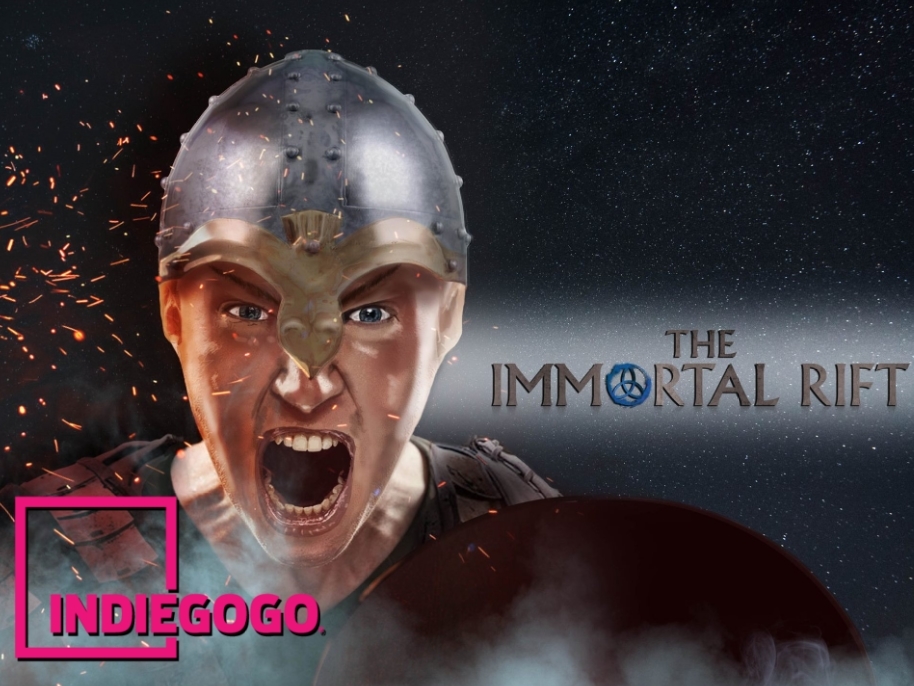 The Immortal Rift is a medieval-fantasy MMORPG, where you play as a hero whose quest is to defend the human world from invading creatures sent by the Gods to destroy it! Follow an epic storyline and embark on a main quest, exploring an open world with challenging PvE to combat the creatures. Also venture upon additional side quests to earn rewards and gain experience. “We are in need of a great warrior, one that can save us from this fate... will you heed the Prophecy’s call?”

Explore a New World
Discover a number of cities, towns, settlements, dungeons and encounter a variety of challenging PvE.


Create Your Own Character
Be yourself, look like somebody or just be outright different by editing your physical traits. You can select your fighting technique as a Warrior, Defender, Rogue, Sorcerer, Battle Mage, Healer, Archer, or Hunter or you can customize your own. Also choose your preferred profession between Baker, Farmer, Miner, Blacksmith, Alchemist, Lumberjack, Tailor, Carpenter, or Fisherman.

Your skills are not class restricted, picking them will give you a small level boost and starting items. In time, you can enhance your character however you wish without restrictions.

Develop & Enhance Numerous Skills
Making use of different weapons and magic will help increase your abilities in Swordsmanship, Fencing, Archery, Mace Fighting, Parrying, Healing as well as Elemental, Mental and Arcane Grimoria. If you prefer unarmed combat, use kicks and punches to defeat your enemies and increase your Wresting skill. Enhancing these skills can also unlock new abilities.

Other skills can also be developed, such as Woodcutting, Blacksmithing, Mining, Fishing, Farming, Alchemy, Cooking, Carpentry, Tailoring, Cartography, Sailing and Thieving. Developing these skills will help you gather more valuable resources to craft or use greater items.

Player versus player
Compete in PvP game modes with matchmaking and rating system.

​There are two kinds of Player-versus-Player combat in The Immortal Rift: Open World and Ranked Matchmaking.

Open World PvP is accessible by enabling “PvP-Mode” in designated areas. It is random and unpredictable, as players will be fighting in the wilds without knowing their opponents equipment or level. Open World PvP requires raw combat skills as well as knowledge about the environment around them.

Ranked PvP is for those who want to focus on pure skill based combat. Players can choose to fight individually or in groups of 2-5 members. Opponents will be chosen based on their ratings in the ranked PvP ladder. Also, a “Free-for-all” mode is available for practicing without having to worry about losing your rank. Ranked PvP can be accessed from designated areas where players will choose a battlefield and signup for random matchmaking or challenge a specific player or a team.

Harvest & Gather Resources
Many skills can be used to gather resources from nature. Using resources will allow you to produce a variety of items, such as new weapons, armor and potions, but you will also need to control your hunger and gather food for sustenance. If a player gets too hungry, less experience can be gained and death will be your fate.

Gathering resources is the best way for new players to begin, as they are easy to acquire and need little to no investment. Increase your skills to gather more valuable resources, such as enchanting crystals, to craft greater items.

Slay Different Creatures
Players will come across a variety animals, but will also (for the most part) be confronted by the “Revenant”, the most evil and vilest of creatures set to destroy the human realm, commanded by the God “Eos”.

Purchase and Furnish Your Own House
There are vacant houses for sale throughout the world. Players can buy houses and furbish them with furniture bought or crafted by carpenters. Houses will also have containers for players to store their items for safe keeping.


Storyline
The story of The Immortal Rift begins with the rise of three Gods. Their fight for power over the realms lead to a tear in time, opening a Rift, where the invasion of the Revenants began on the human world. Just as all hope seemed lost, an unknown red sorcerer appeared and defeated the revenant. Knowing that it would cost him his power, the red sorcerer sealed the Rift to restore balance. Now trapped in the human world, the sorcerer disappeared, believing the revenants would never return… or so he thought…

“We are in need of a great warrior, one that can save us from this fate. I have seen it. I have heard the Prophecy’s song. If the song is true, will you hear it? Will you heed the Prophecy’s call?”

What to lookout for:
We will also be releasing a demo of The Immortal Rift sometime during the campaign. Follow us to find out first!


We welcome your comments, feedback and any questions you may have. We look forward to it!