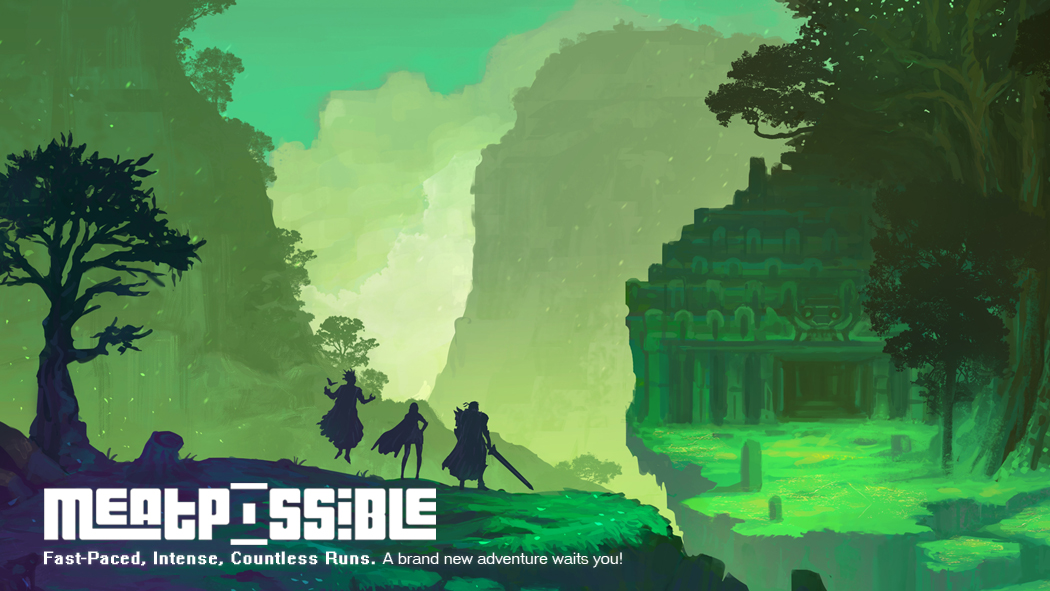 In MeatPossible, you are part of an elite team of hopeful heroes, those who can take flight. Being able to fly is very important because your targets which are the pigs and their non-humanoid friends have decided to bring the fight to the sky.

You start off playing as a knight-captain from the Epicton kingdom and your focus is to nullify as many threats as possible to build up your chain combo while avoiding obstacles. Prolong your journey slightly longer when you succeed in collecting 3 chests consecutively of the same color as your character.

Watch out for the one that had the hyper beam move! It is now up to you to save and protect the people of the Epicton kingdom. 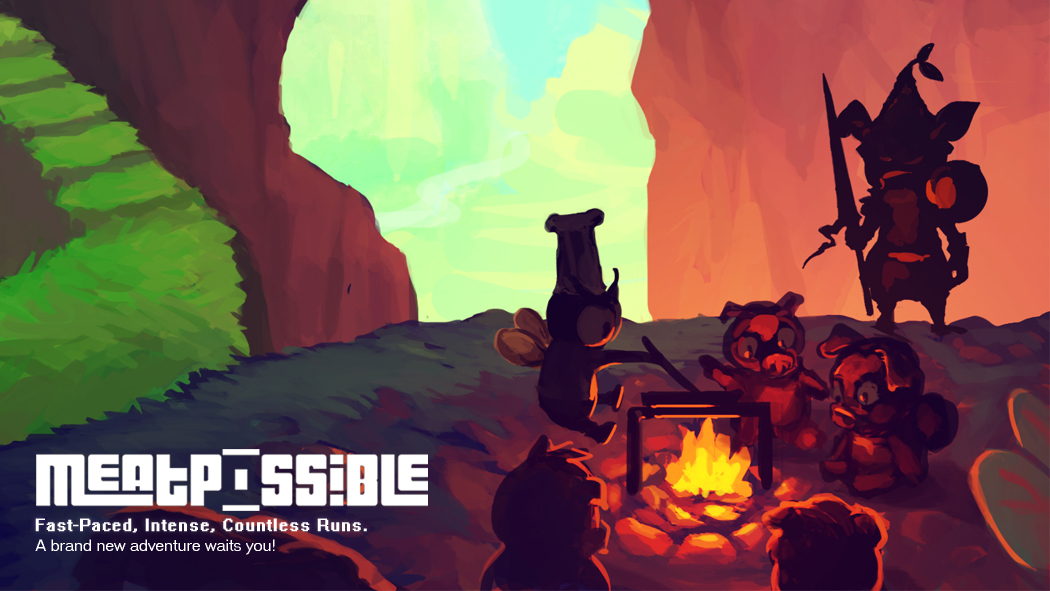 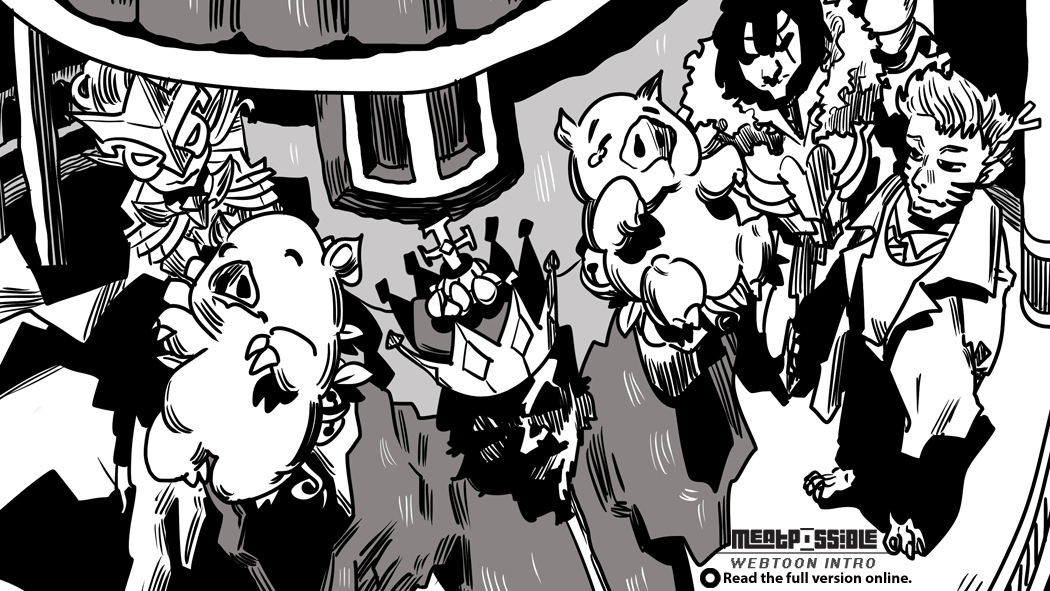 Time has passed in the kingdom of Epicton and now the citizens are in great danger due to bad choices and decisions they made years before. Throughout the kingdom, people were starving and suffering from malnutrition because there was no food and only two pigs existed anywhere. The Council of Nobles decided to spare the pigs' lives in hopes of breeding them for future food. 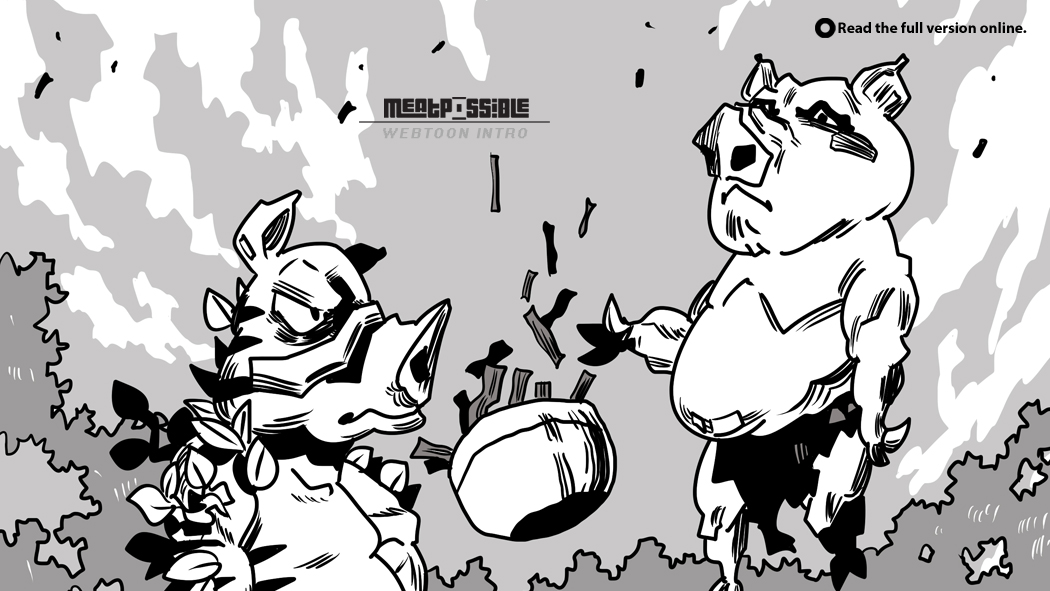 As years passed by, generations of pigs had been left on their own and, strangely, started mutating! The only food they had to live on was the wild vegetation all around them. They started losing strength in their front legs and eventually little green leaves started sprouting from them. At some point, their tails also started sprouting little green leaves as well! They also started developing stripes on their back legs that allowed them to fly. Before they had been left alone, the people would give the pigs small portions of meat as a special treat. Little did anyone realize, this caused a strange growth to develop over the pigs' mouths that looked like bacon! The pigs soon discovered this strange growth gave them enormous power that would serve them well in times of war. 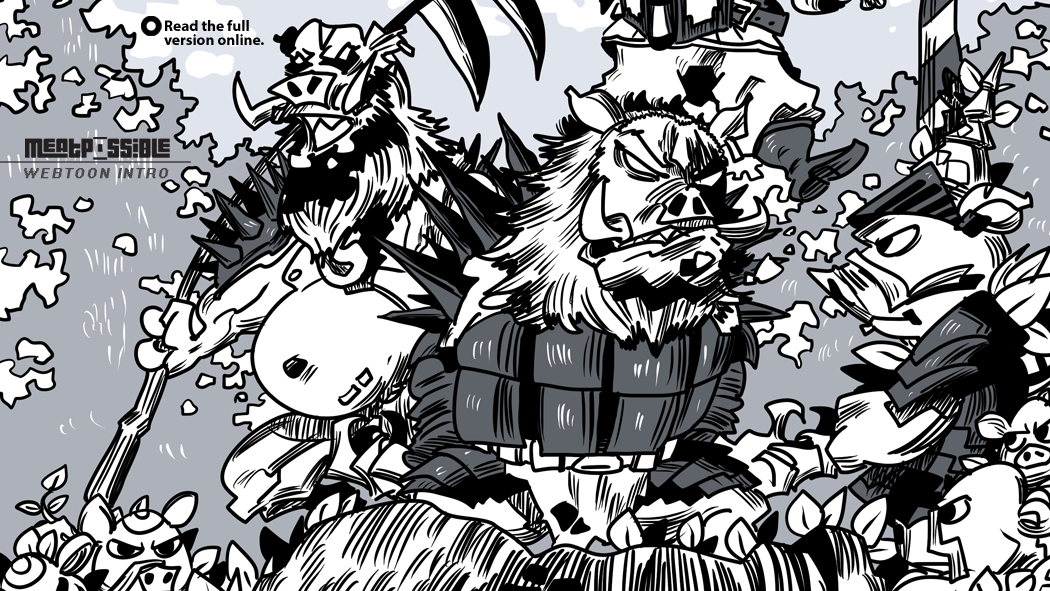 As they had been left alone, for so long, the pigs started breeding in multitudes. These mutated creatures came to realize they needed to destroy the kingdom and everyone in it, in order to survive. They also realized that there were only a few heroes throughout the kingdom and if they were going win, they would have to take to the skies. And so the war began...

Chapter 1 of the story (still ongoing) is available for reading online at http://www.webtoons.com/en/challenge/meatpossible/list?title_no=71441 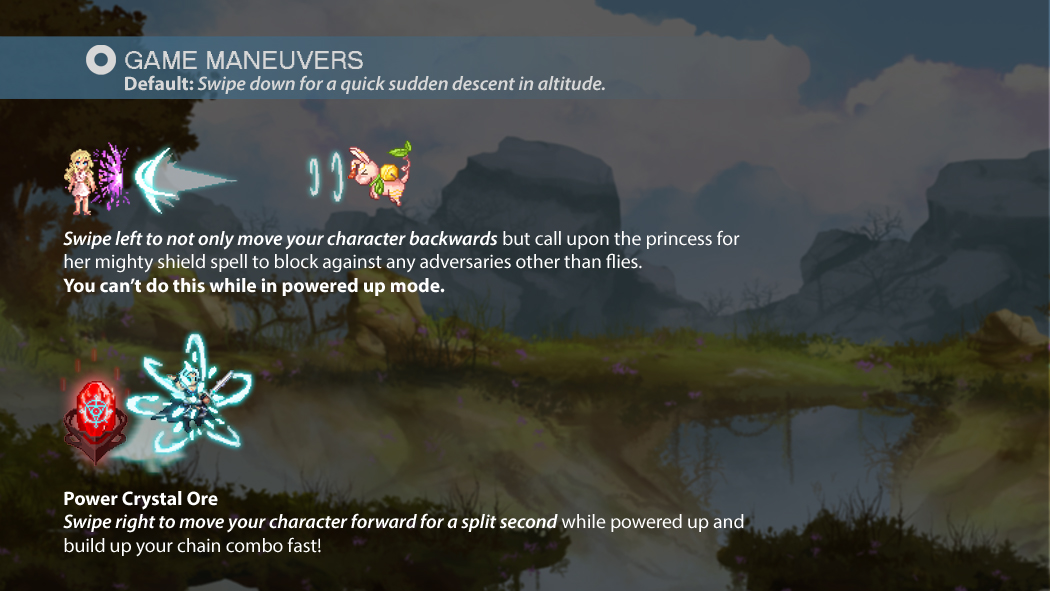 GAME MANEUVERS
Default:
The game utilize a simple, one-touch system to control the character. The character flies upon pressing anywhere on the screen and drops when let go.
Swipe down for a quick sudden descent in altitude.

Swipe left to not only move your character backwards but call upon the princess for her mighty shield spell to block against any adversaries other than flies.
You can't do this in powered up mode.

Swipe right to move your character forward for a split second while powered up and build up your chain combo fast! 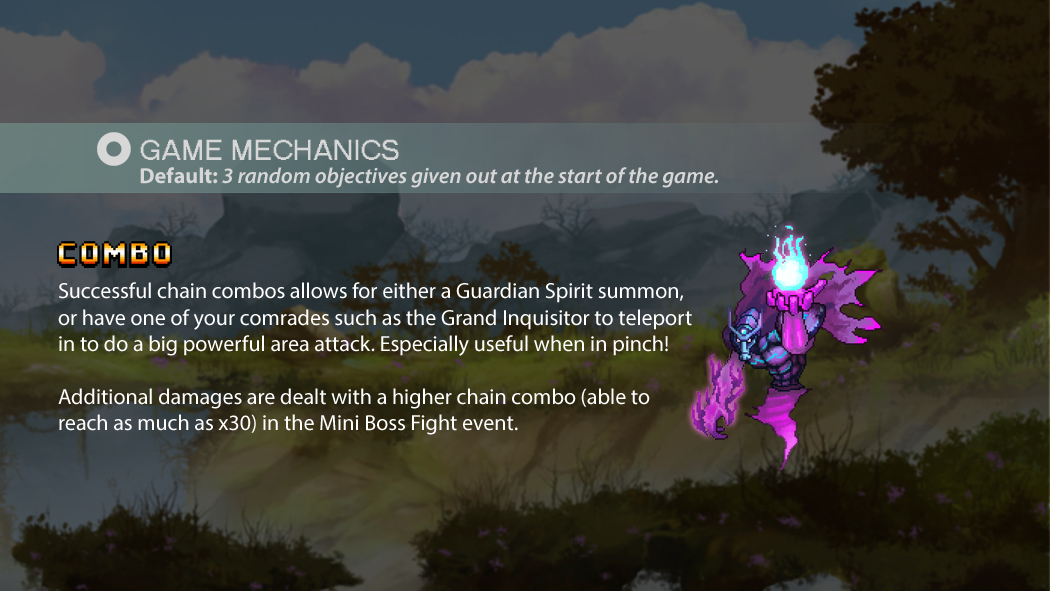 GAME MECHANICS
Default: 3 random objectives given out at the start of the game.
Extra: Engage in various Mini Quests to earn additional life and scores.
Tip: Timing plays a huge role in determining the outcome.

Combo
Successful chain combos allows for either a Guardian Spirit summon, or have one of your comrades such as the Grand Inquisitor to teleport in to do a big powerful area attack. Especially useful when in pinch!
Additional damages are dealt with a higher chain combo (able to reach as much as x30) in the Mini Boss Fight event. 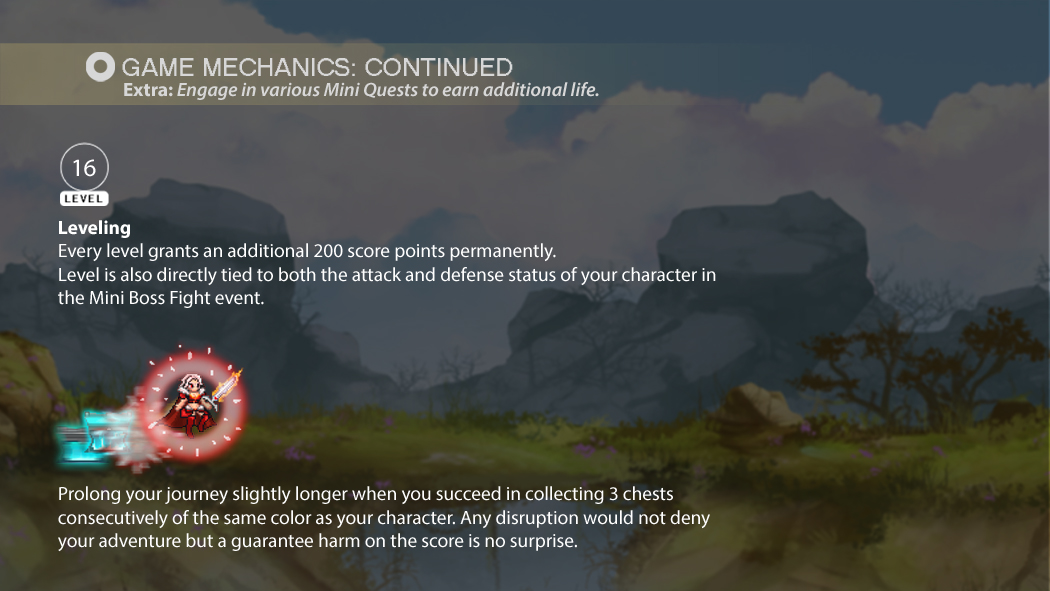 Leveling
Every level grants an additional 200 score points permanently.
Level is also directly tied to both the attack and defense status of your character in the Mini Boss Fight event.

+Hearts
Prolong your journey slightly longer when you succeed in collecting 3 chests consecutively of the same color as your character. Any disruption would not deny your adventure but a guarantee harm on the score is no surprise. 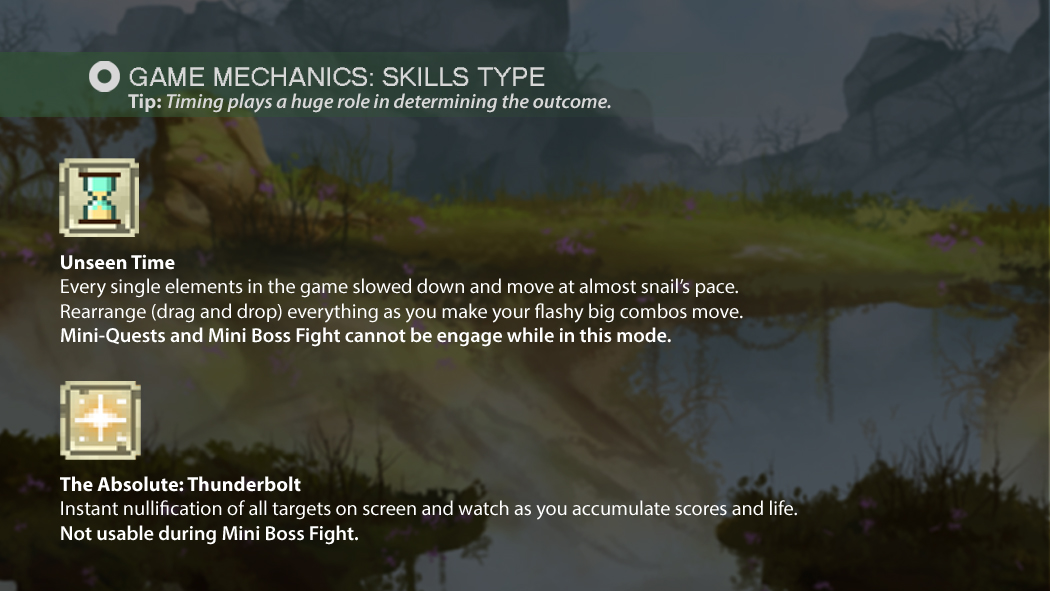 Unseen Time
Every single elements in the game slowed down and move at almost snail’s pace. Rearrange (drag and drop) everything as you make your flashy big combos move. Mini-Quests and Mini Boss Fight cannot be engage while in this mode.

The Absolute: Thunderbolt
Instant nullification of all targets on screen and watch as you accumulate scores and life. Not usable during Mini Boss Fight. 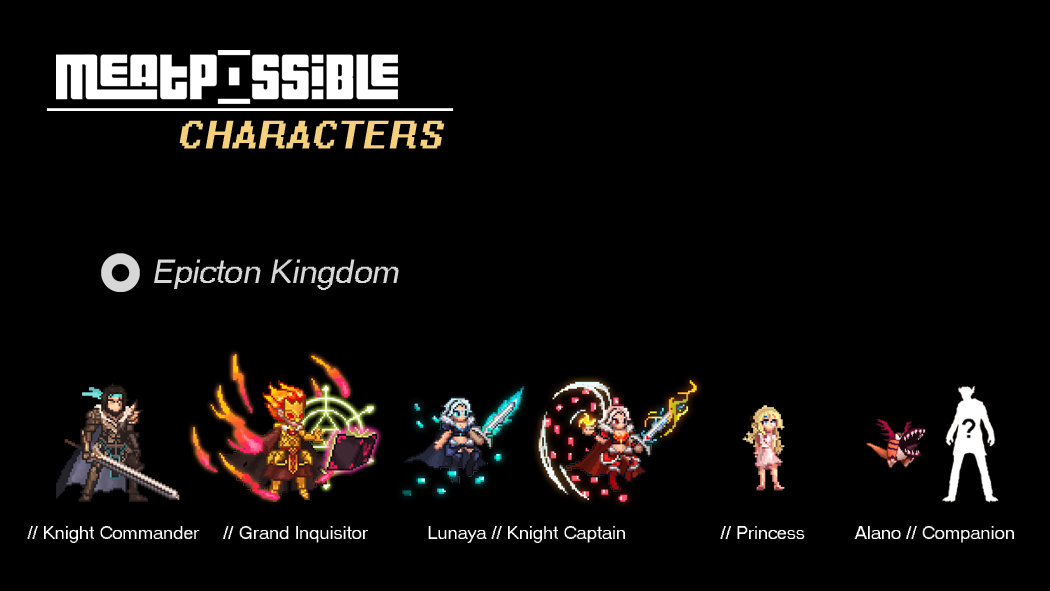 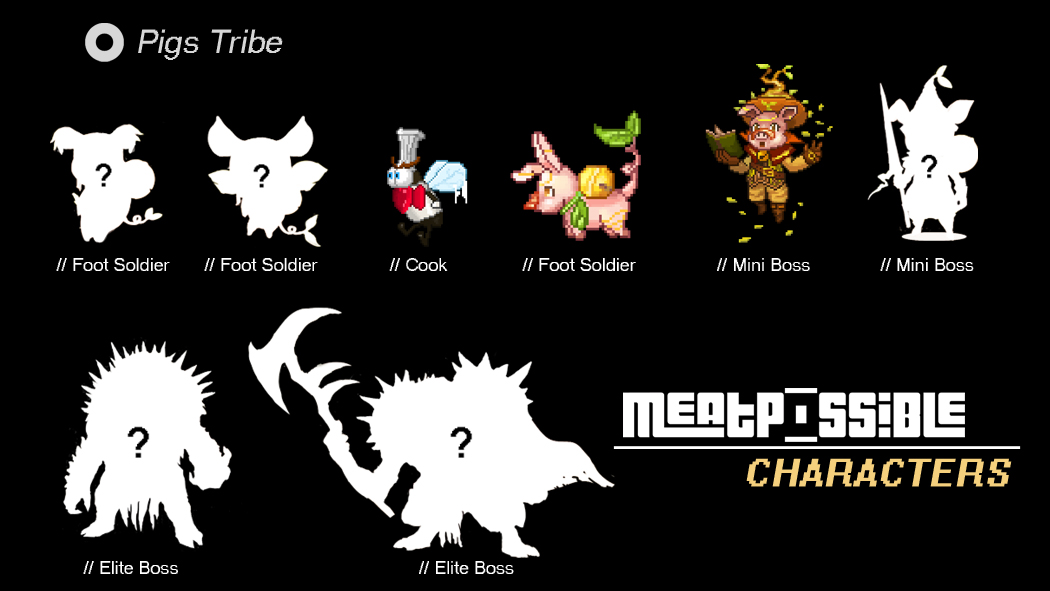 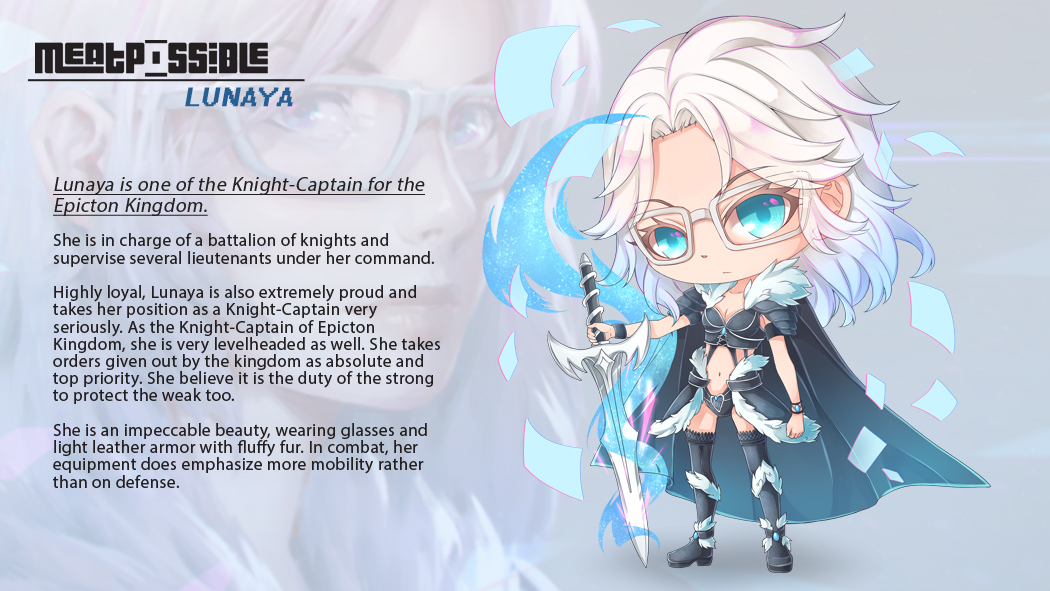 LUNAYA
Lunaya is one of the Knight-Captain for the Epicton Kingdom. She is in charge of a battalion of knights and supervise several lieutenants under her command.

Highly loyal, Lunaya is also extremely proud and takes her position as a Knight-Captain very seriously. As the Knight-Captain of Epicton Kingdom, she is very levelheaded as well. She takes orders given out by the kingdom as absolute and top priority. She believe it is the duty of the strong to protect the weak too.

She is an impeccable beauty, wearing glasses and light leather armor with fluffy fur. In combat, her equipment does emphasize more mobility rather than on defense.

Some of the other heroes includes the Grand Inquisitor, Knight Commander, Princess, and more! 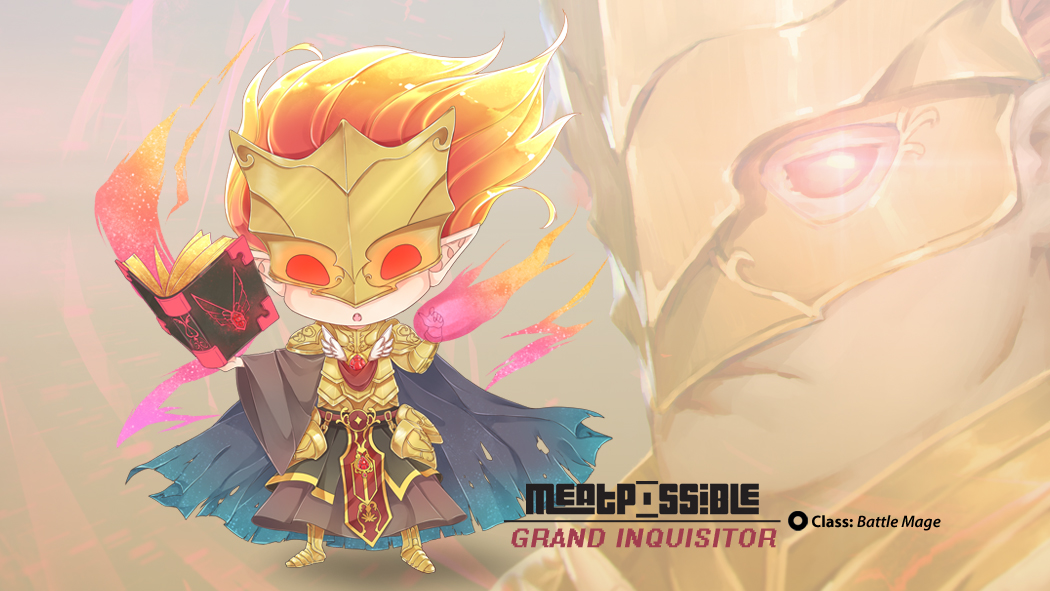 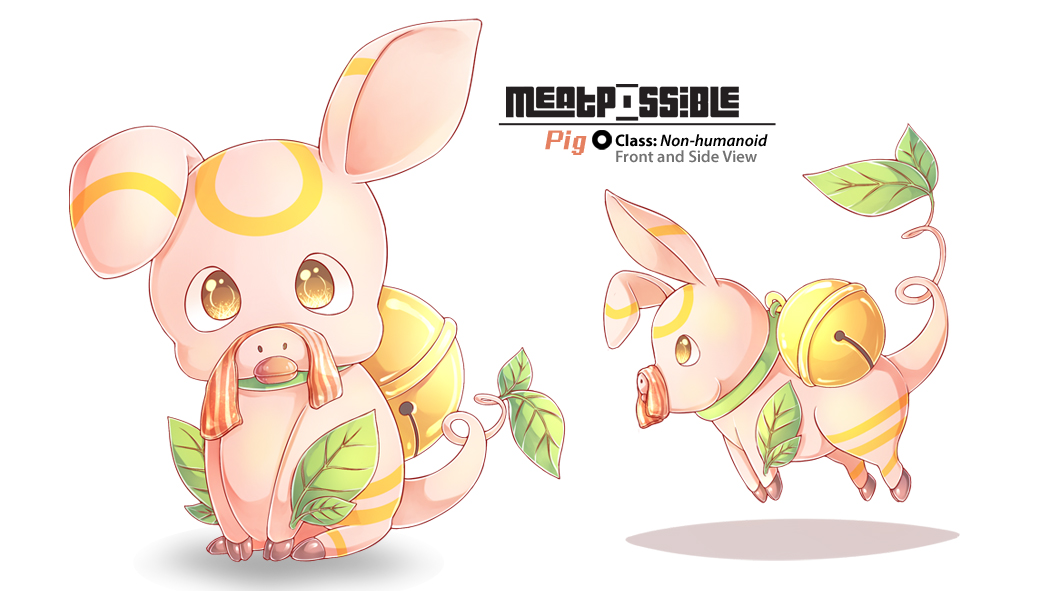 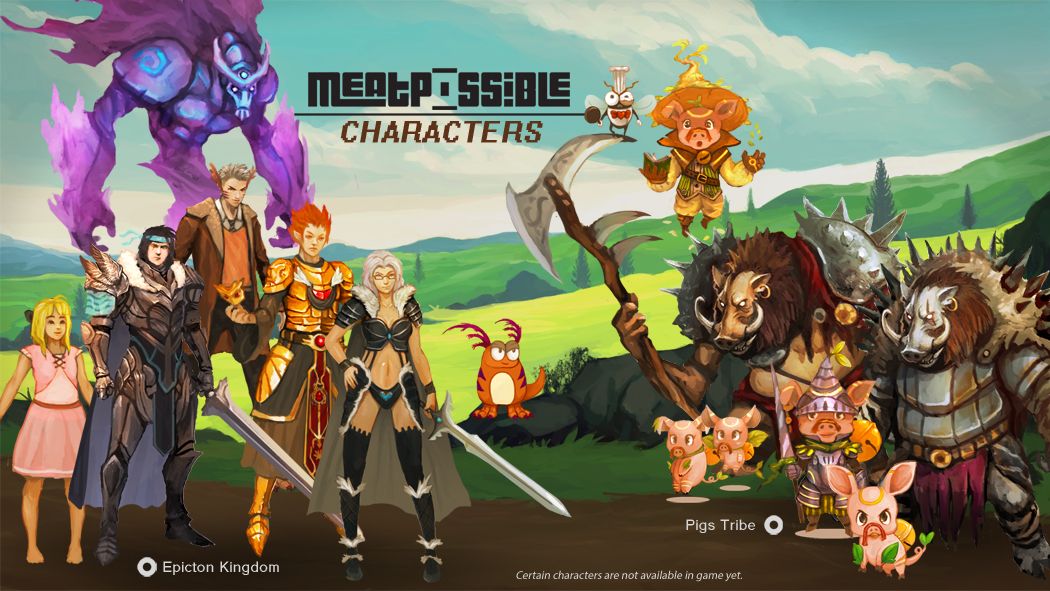 We greatly appreciate your support. Subscribe to our mailing list and either share or retweet the post for a chance to get one of the 3D printed & custom painted figurine! The figurine shown is still mainly work in progress (prototype) at the moment but we hope to have more updates for you soon!!! 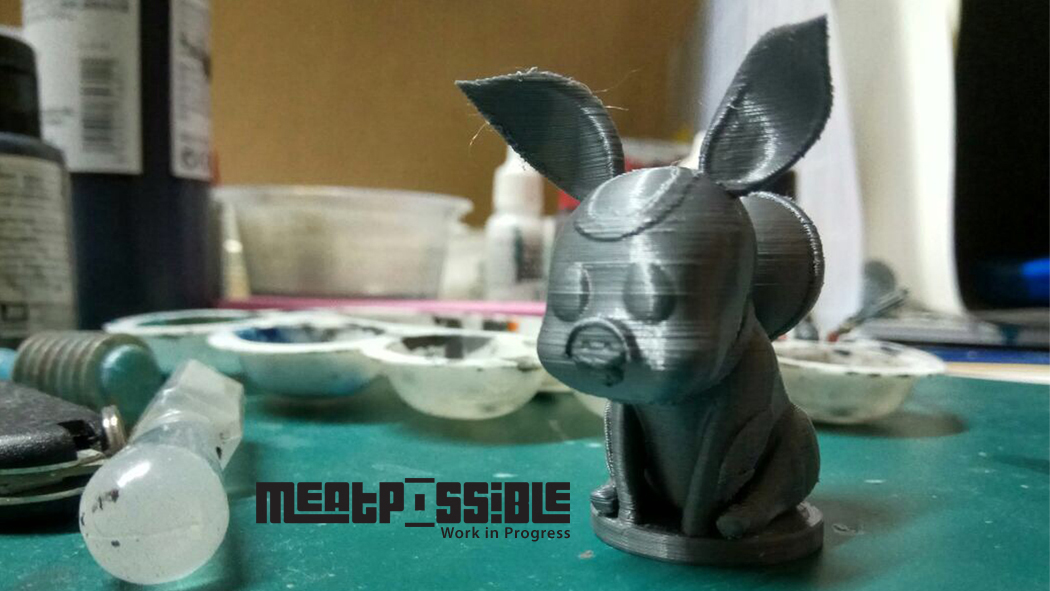 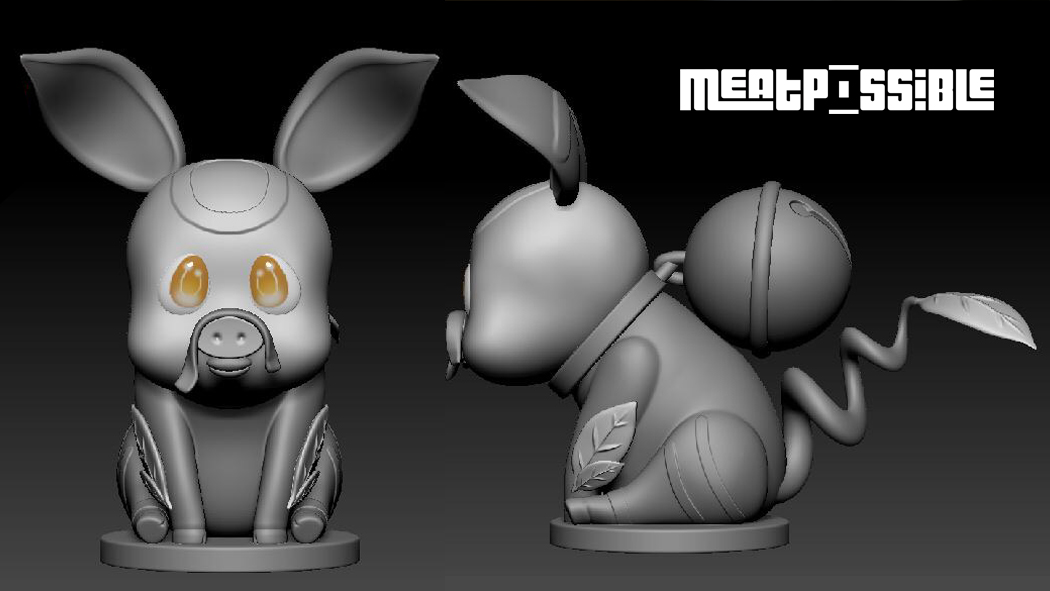 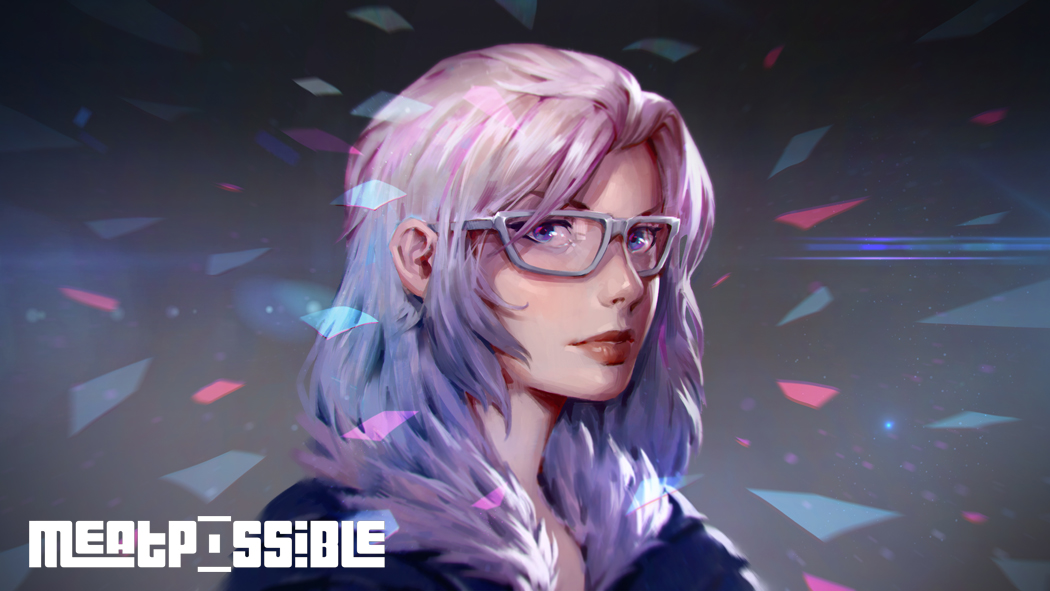 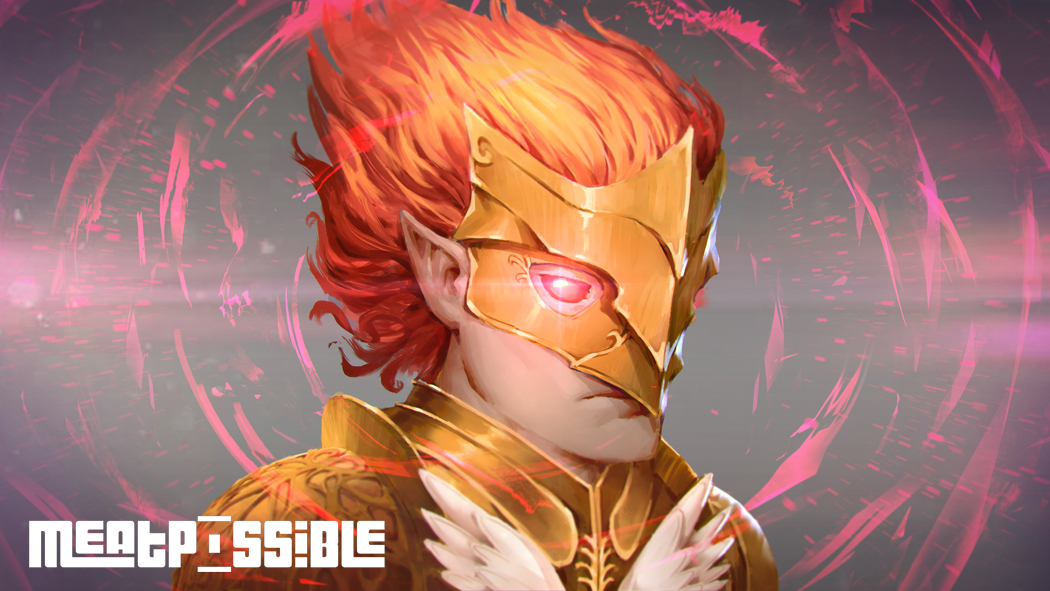 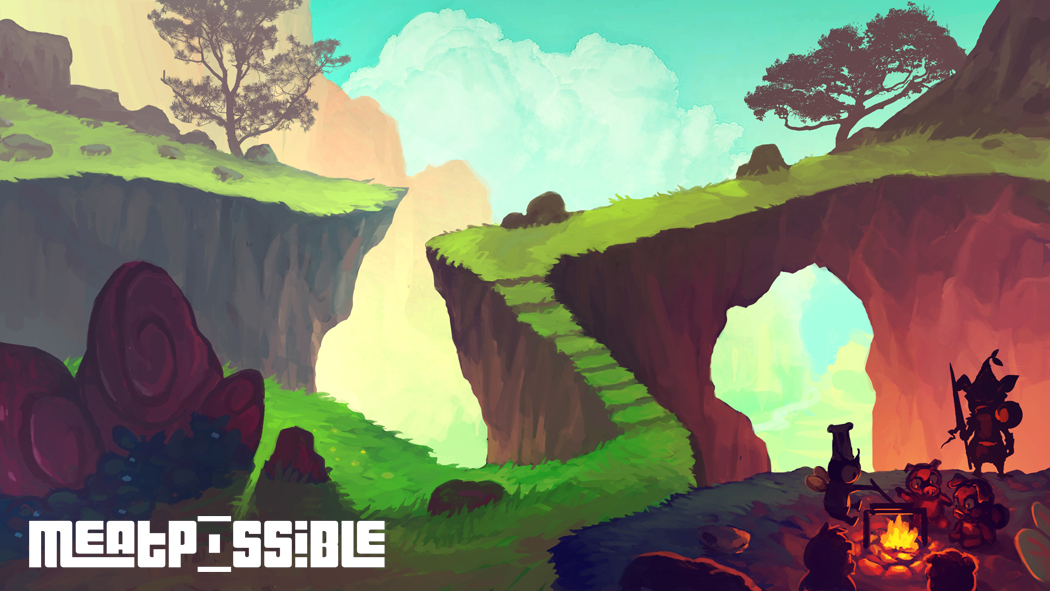 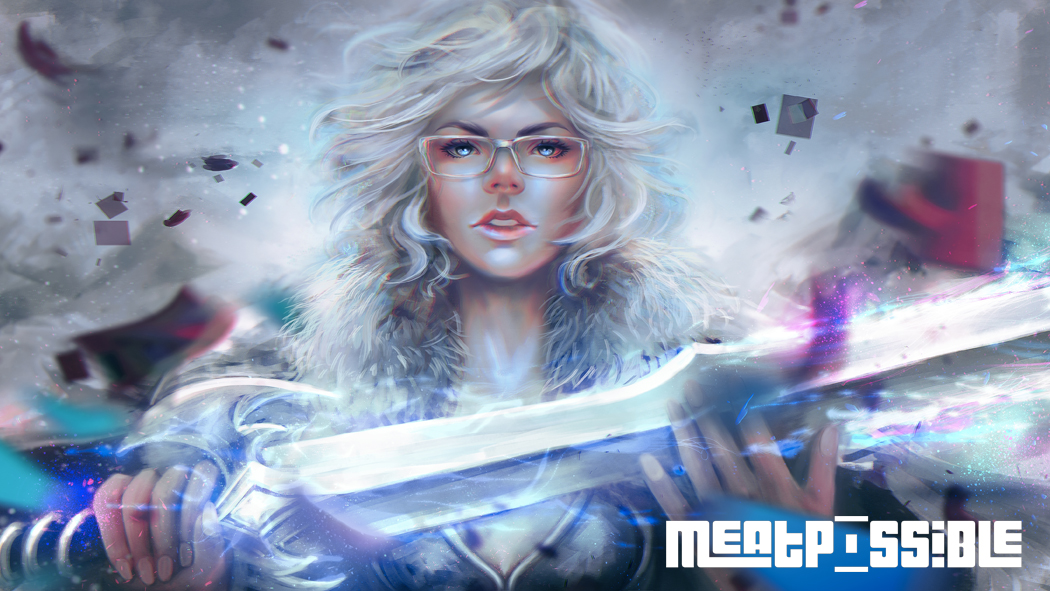 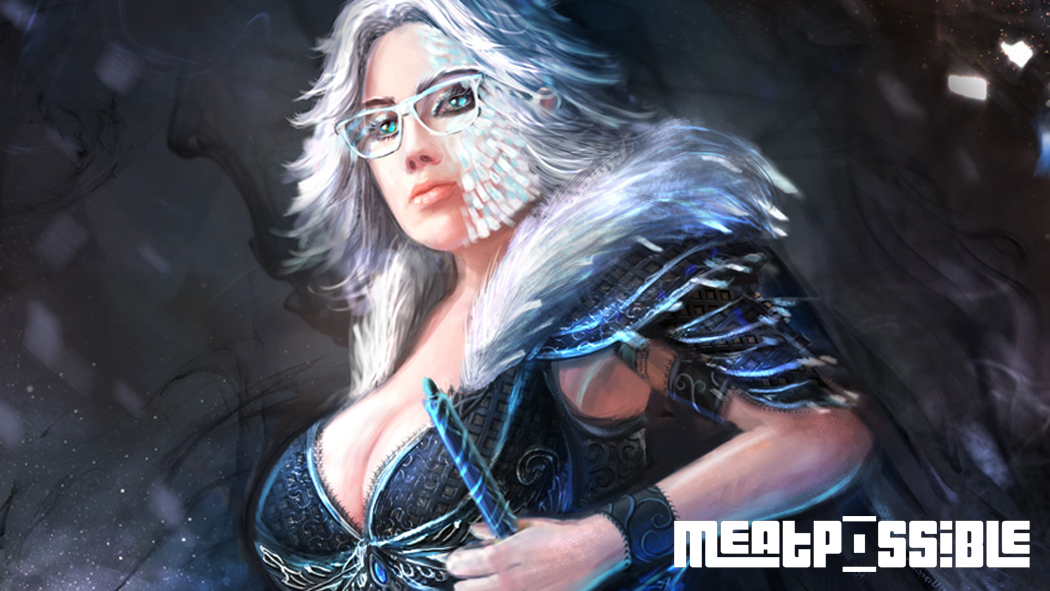