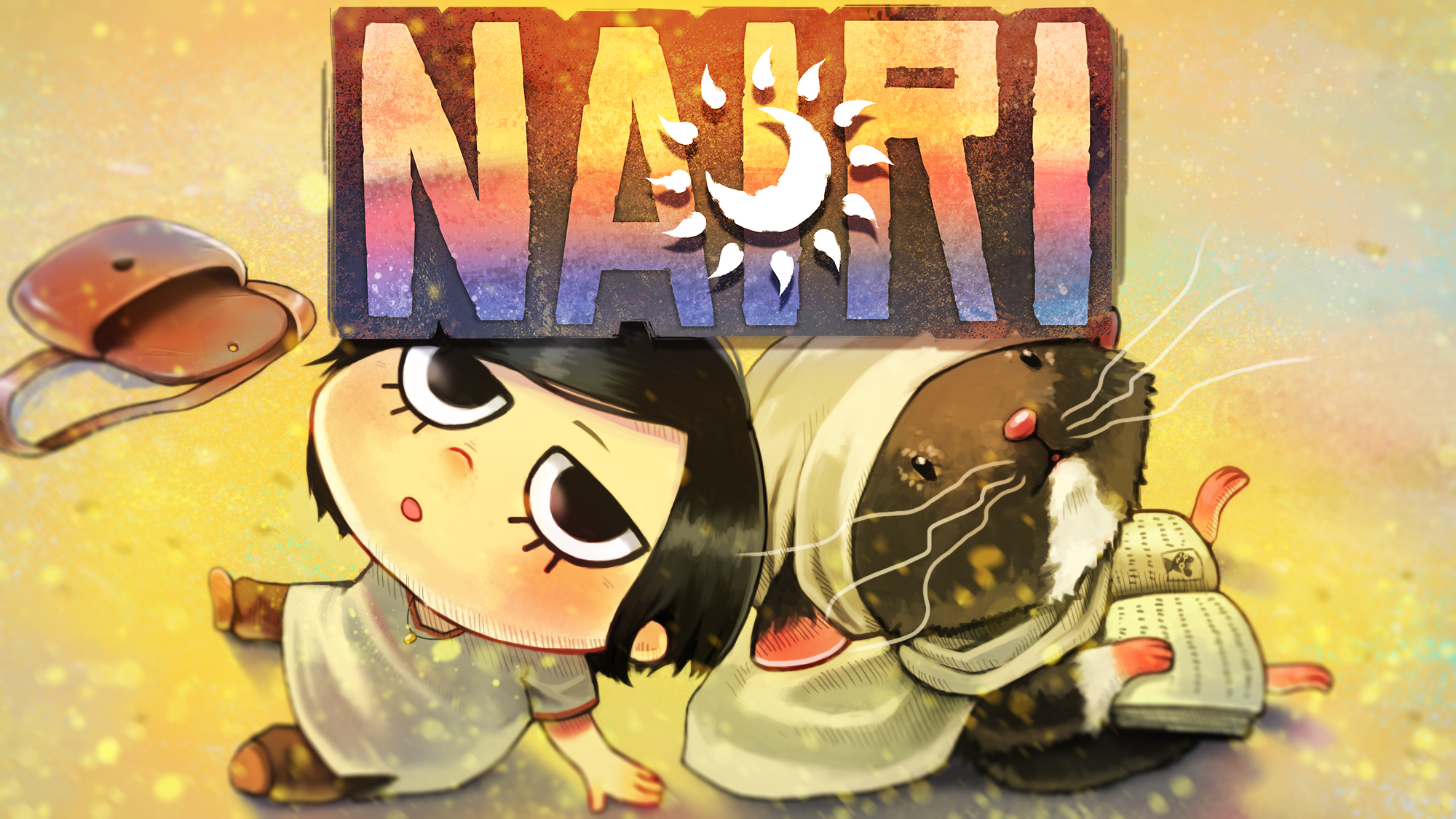 We are trying to make everyone's world a little happier by developing NAIRI, a cute point&click adventure with adorable visuals, compelling characters and engaging puzzles.

NAIRI is appropriate for any age, sex and skill level, and is sure to delight anyone looking for a strong narrative and puzzle experience. We promise you'll love NAIRI if:

NAIRI is a child-friendly story with subtly mature themes, inspired by works such as The Last Airbender, Toy Story and Spirited Away. The light tone of NAIRI's story is juxtaposed with a strong focus on character development and a darker overarching theme.

NAIRI tells the story of an abandoned upper-class girl who meets Rex, a criminal-turned-scholar. Together, they adventure through the animal-inhabited oasis city of Shirin. Become familiar with Nairi and Rex while uncovering the dark history and mysteries of Shirin!

NAIRI takes place in the fictional oasis city of Shirin.

We put a lot of effort to breathe a sense of history into this world!
We have considered Shirin's infrastructure, water supply and sanitation, social class differences - but without taking away from the quirky fantasy setting. Silly? Maybe, but don't forget: the City of Shirin is arguably the most important character in the game! 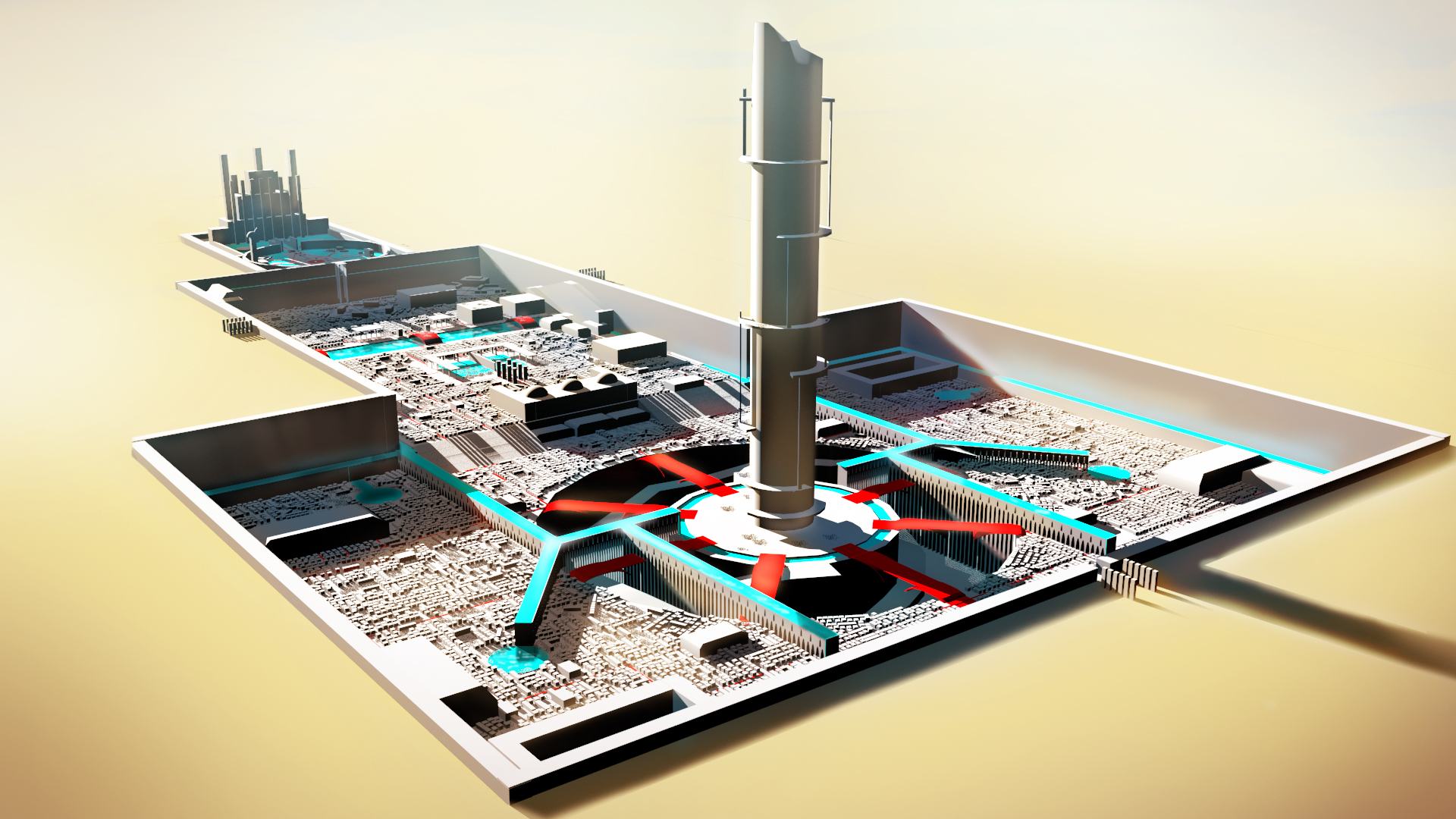 There's a 3D-model of Shirin to keep art/level design consistent. It took a while!

When exploring the different districts of Shirin, you may notice it is curiously laid out to facilitate the construction of a mysterious tower.

Or, you may notice how the rich district has been build around a source of water - a suspiciously rich aquifer that forms the oasis. Water flows down district-to-district, for both symbolic and practical reasons.

You'll see religious scribes, which concern themselves with spiritual matters while also struggling with rich merchants for political power.

There's a middle district - home to bazaars, public baths and universities.
Then there's the poor district, which breeds thugs and revolutionists yet also holds the mysterious Tower, which is older than the city itself! 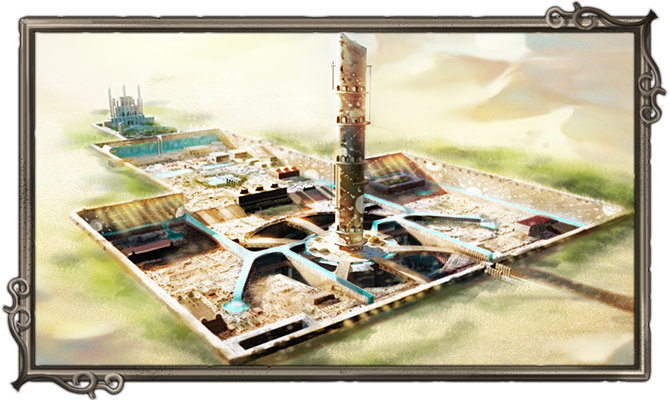 An overview of Shirin, the Oasis City. 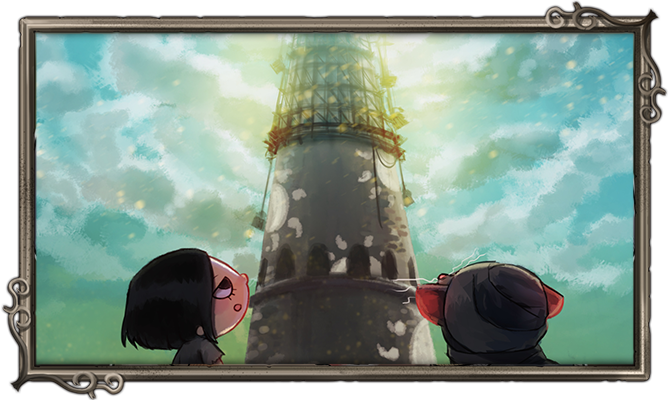 Nairi, Rex and the construction of the Tower. 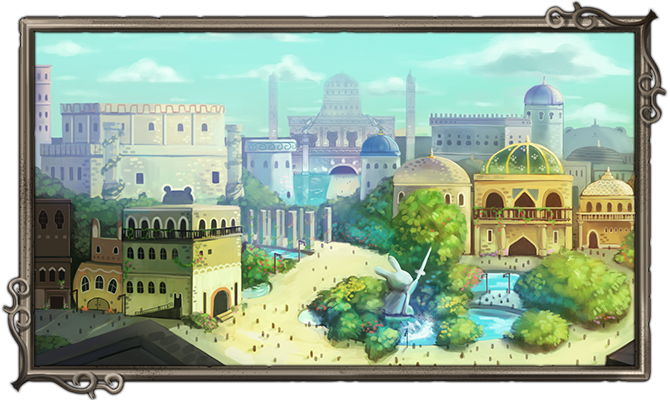 The rich district. The Royal Palace and entertainment await! 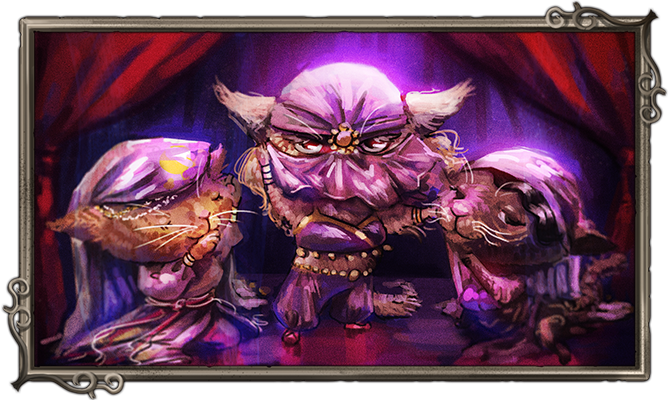 Expensive entertainment... only affordable by the rich and powerful. 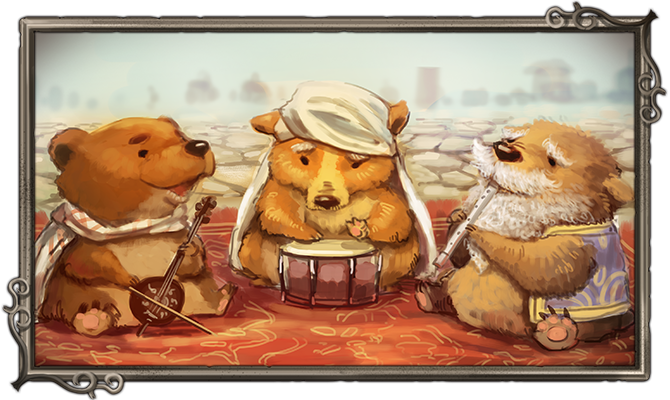 The middle district is full of bazaars and cute performers! 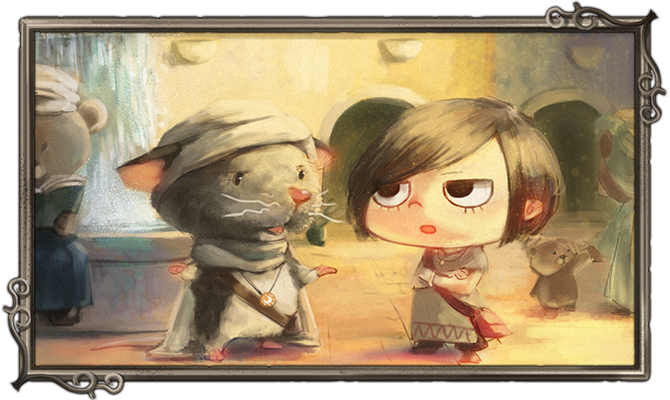 Rex and Nairi having a discussion in the middle district. 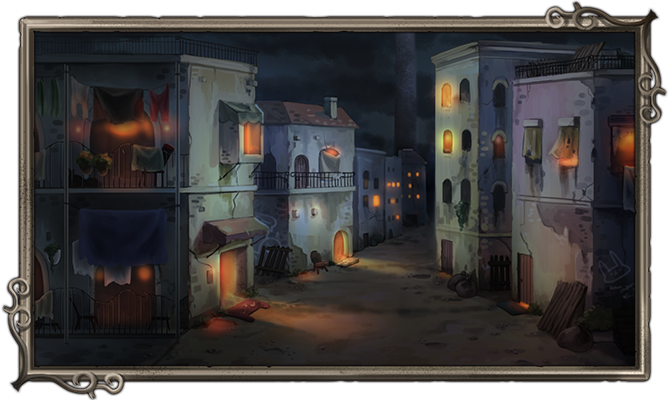 The poor district of Shirin, with the Tower looming in the background. 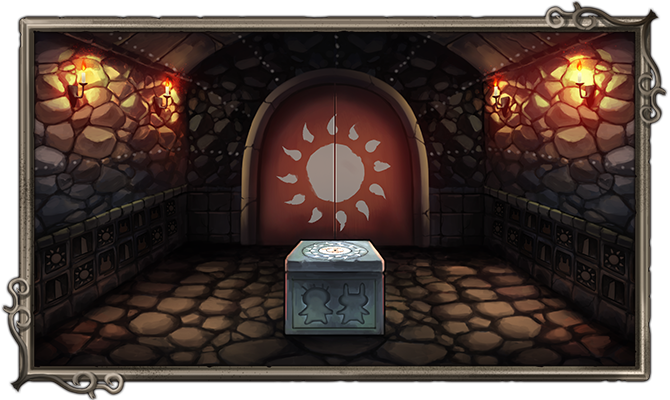 Shirin is full of dark crypts, dungeons and other secrets. 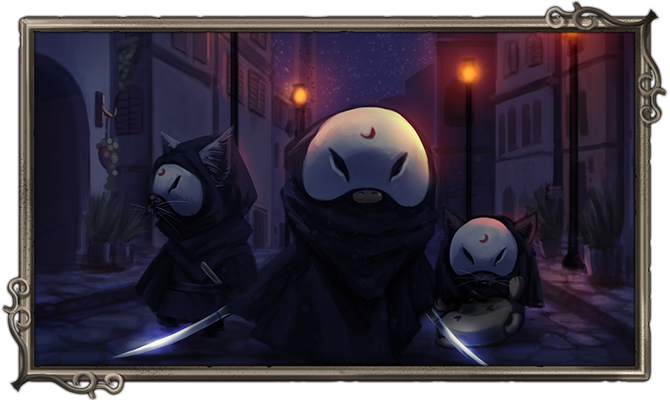 Conflicting ideals are a cause of tension in Shirin.

From the cynical but charming Nairi to the comically naive King of Shirin, NAIRI presents a varied cast of characters to bring humor, drama and even light philosophy and politics into the story.

As in many adventure games, you click on people and objects.
Doing this will result in a conversation and other things depending on the context. Often, you'll be presented with a conflict or problem to solve.

You clicked on Cooper at the market. Seems we've got a problem!

Often, problems are solved by using certain items.
It is up to you to decide what item will do the trick!

At other times, choices are presented in the main narrative.
Although the main characters are written to develop in a certain way, there are different gameplay branches in the plot for you to enjoy! 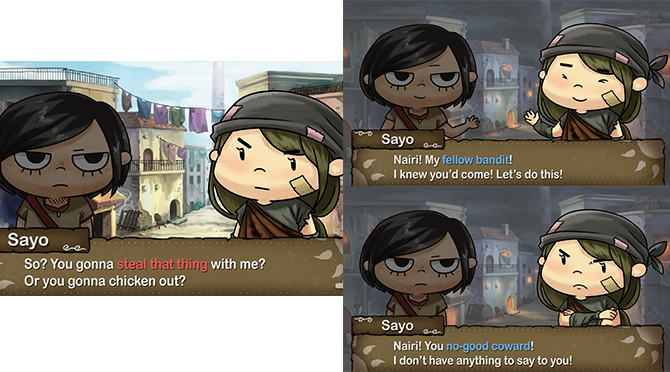 Aside from exploring the several districts of Shirin, you'll stumble on more mysterious and sometimes grim locales, such as ruins and crypts.
These dungeons are more puzzle-oriented than the overworld.
Dungeons are darker in tone, and more challenging gameplay-wise!
Often, they hold a special item or a certain narrative climax.

Find keys and use them to progress!

Nairi's partner, Rex, holds a journal which serves as a hint-system!

There's a map-system to help you keep your bearings!

Players get bored with convoluted exposition, pixel-hunting, backtracking and obtuse puzzles.
Don't worry: we are aware!
With NAIRI, we aim to avoid the pitfalls of the genre.

Nothing creates atmosphere quite like a great soundtrack!
Listen to NAIRI's trailer soundtrack below, which is a preview of all the whim, melancholy and dark ambiance that the game has to offer. There's some other tracks by the same composer, as well!
http://soundcloud.com/joshua-van-kuilenburg/sets/nairi-composer-joshua-van

Thanks a lot for reading! Here - some wacky costumes! Read more about 'em on our Kickstarter!