We are launching our Greenlight Campaign for "Stone Rage". If you'd like to see more, please give us a YES-Vote here. Our forums are officially open now. Join us! http://forum.stoneragegame.com/

Stone Rage is an online multiplayer survival pc game set within the Pleistocene era. Players will find friends and create enemies as they struggle for survival through a prehistoric landscape filled with dangerous animals, scarce resources, and a harsh climate. Scavenge for materials to craft strong or cunning weapons, perfect for securing your next meal or to raid your enemies with. Travel north into the mountains to collect rare obsidian and create a spear powerful enough to take down a mighty mammoth. However, be sure to create warm enough clothes and homes to survive the cold winters, else you'll be forced to migrate back south before you freeze. Choose to play as a human, neanderthal, or even one of the many animal classes as you explore the world of Stone Rage to forge your own path to survival! 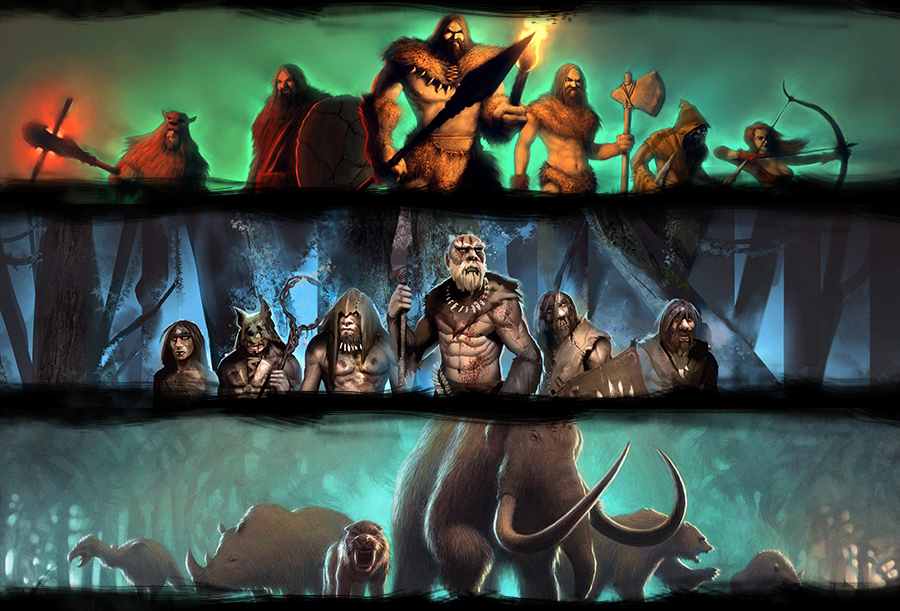 With the cold encroaching upon the lands in the west, valleys once plethoric with game and forage-flora have begun to see harsh and unwelcome changes. Leaves and grasses die of frost, and with their destruction comes the starved demise of fauna, and with them follows the dwindling of the native tribes. Anger, food, stone and fire are all they had left to cling to, and with their weapons, tools and bitter desperation, they set towards the rising sun in search of warmer lands. Such was the story for many thousands of tribes, and in their wandering migration there begun countless battles over people, shelter, food and territory. Large groups split to smaller clans over feuds amongst themselves, spreading far and wide to a warm and hostile terra incognita. Animals new to their eyes plague the nightmares of them and their children, and the scowling natives give them no peaceful welcome. Tribesmen often felt obliged to challenge the chieftain, either from an envy of position, lust for power, trepidation over leadership decision, or a mere whim of angry perfidy. 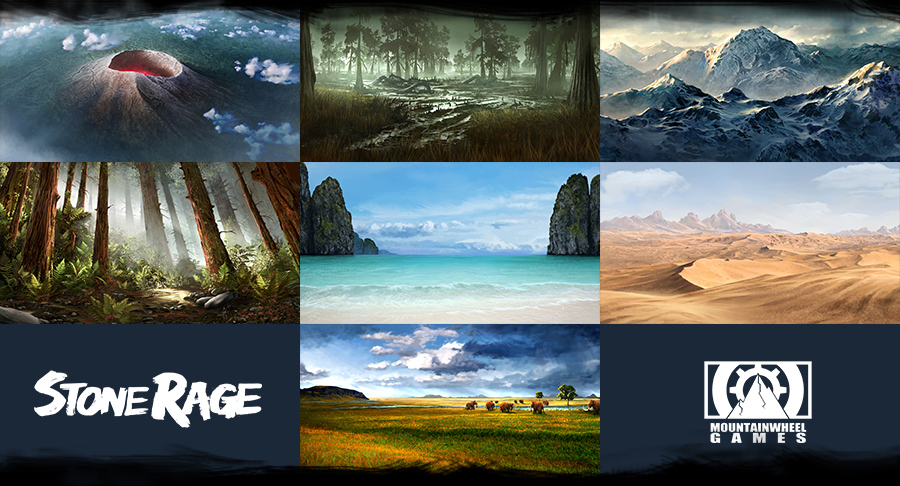 This project is developed by Mountainwheel Games. An unfunded 100% indie team with over 15 dedicated and passionated developers from all around the globe. Let's make Stone Rage a reality and help us on Greenlight.