Elsinore is a time-looping adventure game set in the world of Shakespeare's Hamlet.

You play as Ophelia, a young noblewoman in 16th-century Denmark, who awakes from a terrible vision: in four days, everyone in Elsinore Castle will be dead. To make matters worse, the vision has inexplicably thrown her into a time loop. Forced to relive the same four days over and over again, Ophelia must learn to survive in Elsinore, doing everything in her power to change the future.

Elsinore is an adventure game with time loops; at its core, it's Shakespeare meets Majora's Mask/Groundhog Day. We're experimenting with combining story-creation mechanics to produce something we feel is truly new. 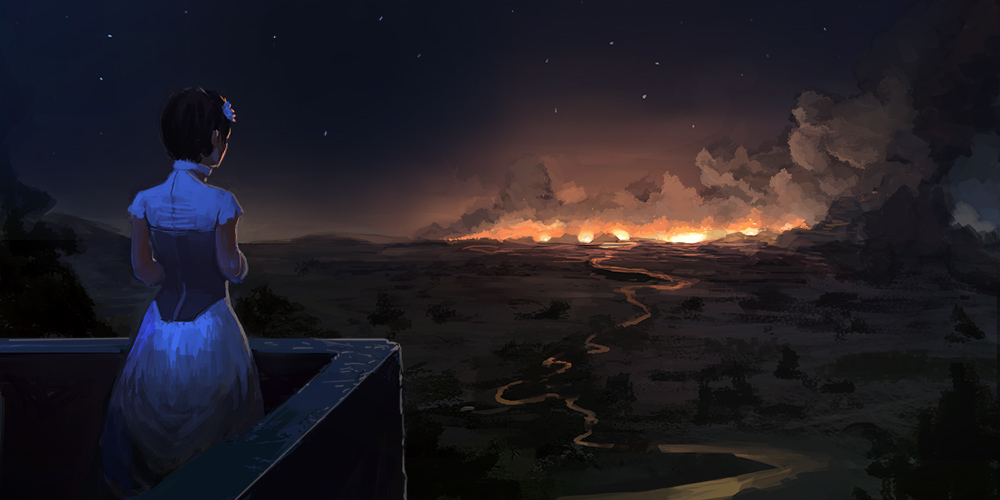 Dynamic Story Engine: Elsinore uses a story simulation engine to determine which events occur based upon your interactions. Lie, forgive, assassinate, befriend, or destroy — the actions you can take at any stage are numerous, and the game immediately responds.

Intelligent Character Behavior: Each character manages their own lives, schedules, needs, desires, and plans over the course of each time loop. Even the smallest interaction has an impact on the world around you.

Learn from Previous Loops: Over the four days within each time loop, the player can explore dozens of different outcomes for even minor actions, each time learning new information.

Become a Diplomat: Understanding each character's motivations isn't just part of the story -- it's necessary for Ophelia's survival. Characters are complex and have long histories with each other; all of them are keeping secrets.

Life-or-Death Decisions: In a Shakespearean world, most roads end in tragedy, and characters are quick to meet a grisly fate. Hard decisions and terrible trials force players to think on their feet.